What If Money Was No Object? What Do I Desire? 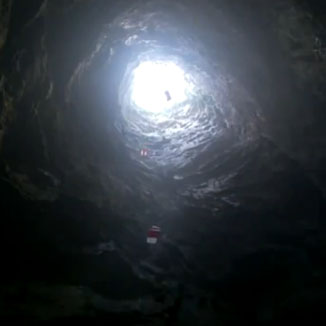 I just had to add this to my site. It needed to be done. An old friend posted it today on Facebook and I was so happy when I watched it… shouting at my computer screen…

What would you like to do if money were no object? How would you really enjoy spending your life?

Why the fuck did nobody ask me this when I was a child? Or in school? Why is the world so messed up that not one person in the thousands that I’ve met couldn’t ask me this?

I urge anyone who does have someone younger or older even, who looks up to them for guidance, to ask these questions. If they don’t know the answer, that’s fine. I still don’t really. But to be asked a question that is without such restriction… that is a beautiful thing. I can only imagine that sadly, many of the people who do know the answer are confident it’s a pipe dream, and won’t ever pursue the life they want.

“Well, we’d like to be painters, we’d like to be poets, we’d like to be writers but as everybody knows you can’t earn any money that way.”
Is this really the way it is? Has the world become so much of a struggle that the common man can’t be himself, and must be forced into a lifestyle they despise, just in order to stay alive?

Is it really this way though? Or is this just the way the minority have tailored, bent and manipulated the world to become for the majority? I follow enough lifestyle designers and similar like-minded entrepreneurs who have broken out of the day-to-day hell-hole most of us live in, to understand that it’s possible. And that anything and everything is possible. Yet, why is it I’m laughed at or criticized when trying to show others that this world can be built around me.

When we finally got down to something which the individual says he really wants to do, I will say to him… “You do that, and err, forget the money.”
I wish, just wish someone had said this to me. At any point in my life so far.

“It’s better to have a short life that is full of what you like doing, than a long life spent in a miserable way”

Oh man. Inspiration overload? Is it possible to turn this around and say, a lot of people live a longer, more miserable life in order to fulfil the needs of the ones surrounding them?

I know for sure that if I did what I wanted all the time; there would be ramifications. It might be that my family doesn’t see me as much, or my girlfriend is sick of something, or that my friends are left and lost behind me as they do not believe in what I do. Then again, maybe this one needs to be taken with a pinch of salt. If I have a family, but it’s my dream to do something which can easily kill me. Do I go ahead with it knowing the pain and suffering I could cause them whilst living a short life full of what I love. Or do I never get to experience that of which I desire, and then live a longer more miserable life?

“See what we’re doing, is we’re bringing up children and educating them to live the same sort of lives we’re living”

This one really nails it for me as I was brought up this way too. I could never understand why I was forced into learning about things I didn’t want to learn. I could never understand why religious studies were so important, even though I personally wasn’t religious. Surely just understanding that you must respect others from any part of the world because they are human, is what’s important here? I don’t need to understand why Christians are the way they are, or why Muslims are the way they are. All I know, and all I care to know, is that they deserve the same amount of respect as everyone else. Surely teaching that message at a young age is so much more important?

Random Anecdote: I was in Koh Samui, Thailand, at the Big Buddha temple. They had a few stalls below with cool carvings of soap, wood and other random handmade items. My girlfriend was standing there choosing something to buy. I was extremely hot and simply stepped backwards into the shade. In doing so I ended up bumping into an old man who was walking with what I assumed was his grandchild. As I tried my best to apologise, the old man bowed at me, then proceeded to tell his grandson something. The child of about 3 years of age got down on his knees, bowed at my feet, and then walked off hand in hand with granddad. I must be on another planet? These guys have it right.

I know for a fact that when I have a child of my own, they will be taught to believe, and dream, and think outside of the box. I hope they will learn and understand the differences in people, and understand what rich really means, what poor really means, and that if they want to spend their life kicking a ball around grass there’s ways to make money from it lol. As are there ways to make money from simply looking down at the beauty underneath the ocean; as a scuba instructor for example. Or like James Cameron has, he loves the ocean so much, he helped find a way to put together the actual team that developed the necessary equipment and pod to dive down deep to explore the ruins of the old Titanic (or something like that, he’s pretty awesome!).

When the time comes, I look forward to asking my child… what do you desire? What makes you itch? How would you really enjoy spending your life?

If you know what you desire – comment below and please tell me what it is, and what you’d love to spend your life doing!

Here’s The Transcript
What do you desire? What makes you itch? What sort of a situation would you like? Let’s suppose, and I do this often in vocational guidance of students, they come to me and say… “Well, ummm, we’re getting out of college and we haven’t the faintest idea of what we want to do.”

So I always ask the question… “What would you like to do if money were no object? How would you really enjoy spending your life?”

Or another person says… “I’d like to live an out of doors life and ride horses.”

When we finally got down to something which the individual says he really wants to do, I will say to him… “You do that, and err, forget the money.”

It’s better to have a short life that is full of what you like doing, than a long life spent in a miserable way. And after all if you do really like what you’re doing it doesn’t matter what it is, you can eventually turn it, you can eventually to become a master of it. It’s the only way to become a master of something if you’re really with it. And then you’ll be able to get a good fee for whatever it is, so don’t worry too much, everybody, somebodies interested in everything. Anything you can be interested in, you’ll find others will.

And so therefore, it’s so important to consider this question.

What do I desire?